Considering that Toronto is holding one of the largest Film Festivals in the world (TIFF), it only felt natural that I participate with other Torontonians and celeb stalk.  It’s important that I note under normal circumstances I would never condone much less consider stalking someone, since its scary, makes you look crazy and is simply wrong. However, under the guise of The Toronto International Film Festival, celeb stalking has become a common practice among colleagues and friends alike.  Stories about spotting celebrities in Yorkville or in local StarBucks are openly shared over a morning coffee in the work place.

In fact, it’s easier to spot someone famous during this festival than any other time of the year, as Toronto has become a cesspool for actors. Any man donning glasses and a baseball cap can potentially be a Hollywood super star! I think I may have seen Timothy Olyphant, but I could be wrong… 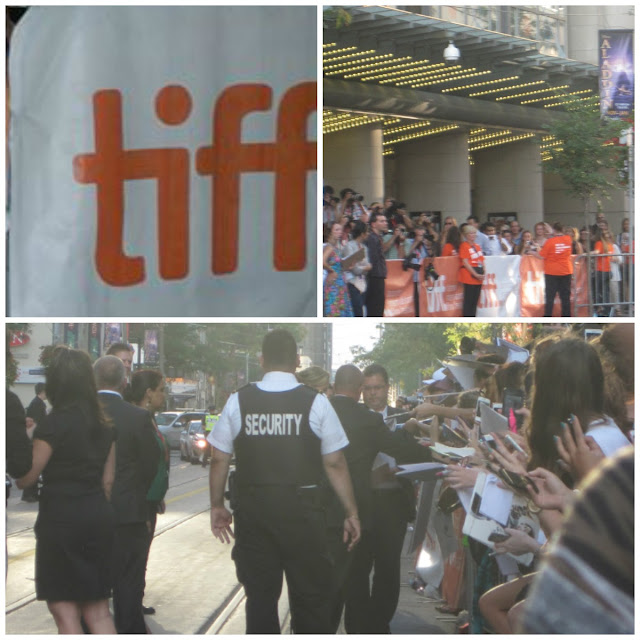 As I stood in the crowd waiting for the next celebrity to approach the scene, I could hear a roar of screams coming from the fans in the crowd, indicating that someone famous had arrived. The crowd was chanting “Scarlett, Scarlett” in repetitive succession, which I assumed referred to the beautiful Scarlett Johansson- I was right.

Although I always imagined myself being calm and fairly ‘normal’, I found myself cheering and shrieking like a wild banshee when Scarlet approached the crowd. Keep in mind all a while I was still standing fairly far away and could only get a picture of her side profile. 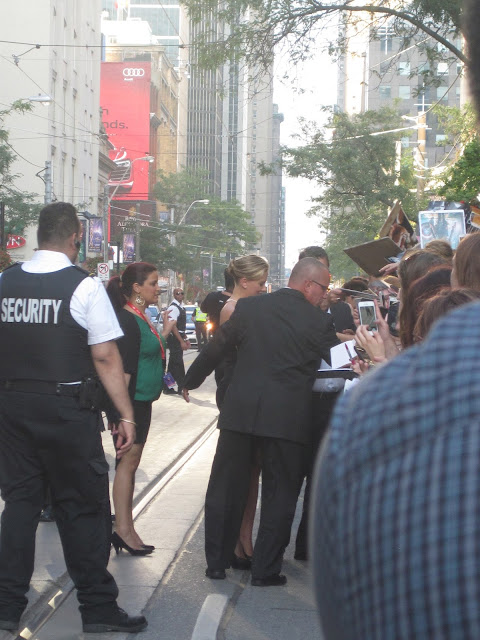 Although quite brief, I now can say I know what it feels like to celeb stalk and frankly its quite tiring!

Have you ever celeb stalked or seen a celebrity in person before?